Research the sector with our directory of Auto Stocks – EV, Freighttech, Manufacturers

The City of Woodstock is trialing the use of unique fuel-saving technology, with support from the federal Gas Tax Fund.

A transit bus and a City recycling truck have been fitted with HydraGEN units – small attachments fitted to a diesel vehicle and used to convert distilled water into pure oxygen and hydrogen.

The pure oxygen and hydrogen are then added to the vehicle’s fuel stream, improving combustion and efficiency, and resulting in fuel savings of between 6% and 19%. A worker is pictured at the dynaCERT assembly plant in Toronto.

Looking for locally-made carbon emission reduction technology for diesel-fuelled big rigs, mining equipment, and more?That’s a big 10-4, says dynaCERT’s CEO and President Jim Payne, whose Toronto-based company has spent $70 million during the last 16 years developing their patented HYDRAgen device that cuts down on emissions by more than 50%, reduces nitrous oxide, the most deadly gas, by 88%, and reduces fuel consumption by nearly 10%.

“Right now we have several large companies using it across Canada and across North America,” said Payne. “We’ve got them in Europe. We’re a global company.”

But Payne says B.C. is currently the only provincial government in Canada that is offering a $4,000 incentive to help truckers and fleet owners to install HYDRAgen, covering half the $8,000 cost.

“Now we are in talks with Ontario,” he said. “The talks are very positive. We’re in talks with MTO (the Ministry of Transportation). We’re in talks with the federal government. But until something is done, talk is cheap. We have several municipalities that we’ve been doing pilot projects with.”Payne said the suitcase-sized HYDRAgen device, made at dynaCERT’s Toronto headquarters on Alliance Ave. in the Stockyards district, is sold through a network of dealers globally, and it usually takes about three hours to install as a retrofit.
“Certainly because of COVID it’s been difficult because of so many restrictions,” he said. “It has really hampered things for the last year.”

Payne said the transportation sector generates roughly 24% of greenhouse gas emissions in Canada and the U.S. and there are up to one billion diesel engines operating around the world.

He says one HYDRAgen unit on a truck and trailer would save 4,800 litres of diesel annually, reducing GHG emissions by 100 tonnes, the equivalent of removing 28 Honda Civic sedans from the road.

@dynacert‘s patented HydraLytica with the HydraGEN technology can save the transportation Industry this carbon tax while reducing GHG emissions from the engines and reduce overall operating costs.
http://www.dynacert.com
https://www.trucknews.com/equipment/carbon-pricing-to-cost-canadian-truckers-538-million-in-2021-cta-says/1003149689/?utm_medium=email&utm_source=newcom&utm_campaign=TruckNewsDaily&utm_content=2021031885227 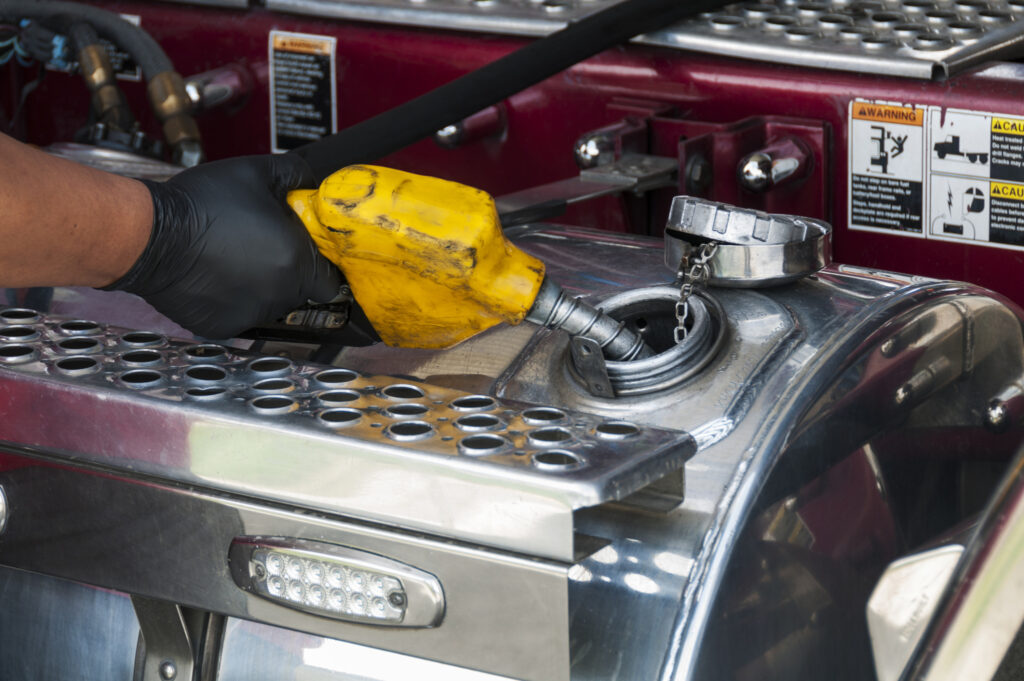 Breaking news! dynaCERT announced yesterday morning that the management of Verra (the only global certification body for carbon credits under the Verified Carbon Standard (VCS)) has approved DYA’s concept note. It includes securing so-called carbon credits through the use of DYA’s patented HydraGEN™️ and HydraLytica™️ telematics technologies on a global basis. Once again, this demonstrates dynaCERT’s firm commitment to maintaining Canadian leadership in the new hydrogen economy while partnering with high-level industry leaders like Verra.

Verra’s signing of the concept methodology is a critical hurdle that has now been cleared. It moves certification into the next phase, which is expected to take 2-4 months. Once certified, dynaCERT would be unique in that its systems would be used to directly account for CO2 emissions reductions via an installed and certified record. Thus, a transportation company is put in a position to be reimbursed directly by its local government for the credits, a significant cost-cutting factor in this margin-challenged industry. At the current price of USD 50 per ton of carbon saved, a single truck can generate up to USD 3,000 in carbon credits per year. Under dynaCERT’s pricing model, the credits would be split 50/50 between the user and the licensor. Assuming 100,000 units were on the road with the certified standard, this provides USD 150 million per year in recurring revenue for dynaCERT.

We assume that the market will closely follow which orders of magnitude dynaCERT can now sell on the market. Rumors have been swirling around dynaCERT for some time now, so we expect further concretization of operational tie-ups in the coming weeks, which will further promote the market penetration of dynaCERT technologies. Suppose one compares the share price movements of Nel ASA, Fuelcell Energy, Plug Power, or Ballard Power with dynaCERT. In that case, it is surprising that the last-mentioned Company, in particular, can demonstrate available solutions that can also be converted into sales within a very short time. Surprisingly, however, big money is still flowing into the big names because this is where the subsidy stream from the new US government is likely to hit directly.

Conclusion: dynaCERT currently has a stock market value of CAD 280 million – in contrast, Plug Power is priced at over USD 30 billion – that’s a factor of 100. You don’t have to be a math genius to see where the huge opportunity lies!

The conviction that the transport and tourism industry generates the most significant adverse climate effects is not new. Most hydrogen companies have plans to address these issues as soon as possible. The shipping industry is slowly switching to LPG propulsion for newly built ships to banish heavy oil polluting from the world’s oceans. The only thing missing are the prominent shipowners, who are still happy to run their fleets according to the old standards as long as the operating permits allow them to do so.

dynaCERT can quickly provide a remedy in the transport industry. Plug Power and Nel ASA are taking the same approach and focusing on direct remedies for individual vehicles or entire fleets. When pure H2 propulsion is ultimately available depends on the outcome of the test operations in public transport, it is precisely here that the systems’ safety is being extensively tested. Plug Power currently still sees diesel as a popular fuel in almost all transportation areas – on water, on the road, on rails, or in the air. There are also smaller applications such as emergency generators for industrial plants, mobile communications technology, hospitals, power plants and buildings.

What they all have in common at the moment is the conviction that electric drives will not be able to replace diesel in the transportation sector; only hydrogen would be able to do that. The weight of the batteries alone for long distances would be many times greater than the hydrogen required. It is more than questionable whether a Plug Power share should be valued with a 1,400% price gain for this reason.

dynaCERT’s numerous successful experts in R&D are fully committed to maintaining a Canadian leadership role in the new Hydrogen Economy while collaborating significantly in partnerships with other top-ranked industry leaders, such as Martin Technologies, to further supplement and broaden the know-how of the Company’s clean-technology line of products currently available to the global market.

Deployment of dynaCERT’s Technology to the OEM Market

dynaCERT and Martin Technologies have signed a ground-breaking collaboration agreement whereby the scientific and engineering aspects of dynaCERT’s existing HydraGEN™ Technology will be further industrialized for deployment to the OEM market. Moreover, such scientific data and design advancements by Martin Technologies are intended to form the basis for future decades to advance the Company’s goal to adapt its HydraGEN™ Technology to numerous market segments of the transportation and logistics industry, globally.

dynaCERT (TSX-DYA) (OTCQX-DYFSF) manufactures and distributes carbon emission reduction technology for use with internal combustion engines. As part of the growing global hydrogen economy, its patented technology creates hydrogen and oxygen on-demand through a unique electrolysis system. It also supplies these gases through the air intake. This enhances combustion, resulting in lower carbon emissions and greater fuel efficiency.

Further, the company’s technology is designed for use with many types and sizes of diesel engines used in on-road vehicles, reefer trailers, off-road construction, power generation, mining and forestry equipment, marine vessels and railroad locomotives.

To further explain, the technology improves the fuel economy by an average of ten to fifteen percent. However, more importantly, it reduces the emissions by an average of 50 percent. Nitrogen Oxide is what’s driving the greenhouse problem that we see today. “Our technology reduces that NOx by up to 88 percent right at the combustion, right at the burn within a diesel engine,” says President and CEO, Jim Payne.

dynaCERT also has worldwide patents. The company has gone to great extreme to have its technology proven worldwide and be tested, verified and certified globally. Additionally, they now have offices in Europe.

“We have a technology right now that can make such a significant difference in the world and at the same time pay for itself. I mean, I think that’s a very, very attractive solution,” says Payne.