Grizzly Discoveries Inc. (TSX-V: GZD; Frankfurt: G6H; OTCQB: GZDIF) is pleased to announce that Full Force Diamond Drilling Ltd. (Full Force) out of Peachland, British Columbia (BC) has arrived at the Greenwood Project and has commenced drilling (Figure 1). The Company is starting its drill testing at the copper-gold Dayton Skarn/Porphyry Prospect. Once completed, the drill will move to the Motherlode Target area to test a number of precious-base metal targets. The Company is currently in the process of obtaining the required permits for drilling at the Robocop Project near Grasmere, BC.

The Company is continuing with surface exploration in the Greenwood area while drilling progresses at the Greenwood Project and moves on to the Robocop Project. Crews from APEX Geoscience Ltd. commenced soil and rock sampling in June and have conducted sampling at targets in the Rock Creek area, the Midway area, the Overlander-Attwood area and the Sappho area to date. Additional groundwork including sampling is planned for the Motherlode area and the Copper Mountain area. The groundwork will comprise one or more of prospecting, rock sampling, soil sampling and ground geophysical surveys. 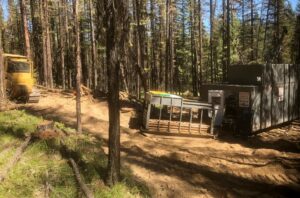 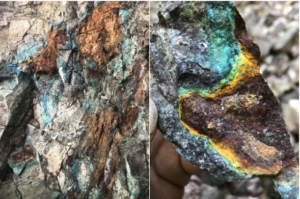